Today marks a turning point for me. With the loss of Steve Jobs, the world is a lesser place. His brilliance, vision and charisma changed the world for the better in so many ways. 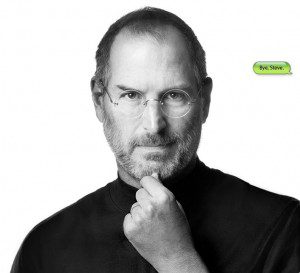 As anyone who knows me well will tell you, I am a passionate Mac user. I became a believer in 1991 when my then-girlfriend introduced me to her SE-30, “Peanut”, but my history with Apple goes back all the way to 1980. As a Grade 10 student, I landed a job selling Apple computers. We were selling Apple II’s, II+’s, IIe’s and III’s in those days. The Apple II was the first game changer from Apple, delivered in the days when computers were behemoths owned by corporations, and the University of Waterloo’s Red Room was the heart of their computer science program. I remember the launch of the Lisa, and I remember my first experience of a graphical UI on the Lisa we had in the showroom.

I became an EvangeLista in the ’90’s, subscribing to the Mac EvangeList published by Guy Kawasaki. Armed with GK’s facts, I went armed into battle with my PC loving colleagues. I watched in horror as Sculley ousted Steve from Apple, and the company entered a period of mediocrity that nearly ended it when Gil Amelio took charge and in a stroke of visionless leadership insisted on building the same crappy beige boxes that everyone else was building.

My evangelism never slackened, despite these setbacks, despite the criticism and doomsaying of friends, family and colleagues. I continued to pick fights with PC users who just didn’t, and couldn’t, “get it”.

My heart soared when Steve came back to Apple, and the launch of the first iMacs in Bondi Blue changed the world. It was the beginning of the revolution I always knew would come. My Bondi Blue Rev B iMac still works, and has a safe place in my house, as a reminder of what change can look like.

As I sit writing this on my 27″ I5 iMac, I am in awe of what great leadership can do. To say that I am inspired by Steve Jobs leaves it a little short.

So this year I’ll add October the 5th to my Mac calendar, next to January 24th, 1985, as a key date in my calendar. I’ll remember and be inspired by Steve’s words and actions as a great leader, a great businessman, and a great person. I’ll try to make my life a little simpler and a little clearer, following his lead, and I’ll say “Thanks for everything, Steve. We’ll miss you!”. 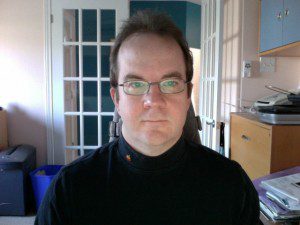 3 thoughts on “Bye, Steve. Thanks for everything!”

Home » Bye, Steve. Thanks for everything!

We use cookies on our website to give you the most relevant experience by remembering your preferences and repeat visits. By clicking “Accept All”, you consent to the use of ALL the cookies. However, you may visit "Cookie Settings" to provide a controlled consent.
Cookie SettingsAccept All
Manage consent

This website uses cookies to improve your experience while you navigate through the website. Out of these, the cookies that are categorized as necessary are stored on your browser as they are essential for the working of basic functionalities of the website. We also use third-party cookies that help us analyze and understand how you use this website. These cookies will be stored in your browser only with your consent. You also have the option to opt-out of these cookies. But opting out of some of these cookies may affect your browsing experience.
Necessary Always Enabled
Necessary cookies are absolutely essential for the website to function properly. These cookies ensure basic functionalities and security features of the website, anonymously.
Functional
Functional cookies help to perform certain functionalities like sharing the content of the website on social media platforms, collect feedbacks, and other third-party features.
Performance
Performance cookies are used to understand and analyze the key performance indexes of the website which helps in delivering a better user experience for the visitors.
Analytics
Analytical cookies are used to understand how visitors interact with the website. These cookies help provide information on metrics the number of visitors, bounce rate, traffic source, etc.
Advertisement
Advertisement cookies are used to provide visitors with relevant ads and marketing campaigns. These cookies track visitors across websites and collect information to provide customized ads.
Others
Other uncategorized cookies are those that are being analyzed and have not been classified into a category as yet.
SAVE & ACCEPT