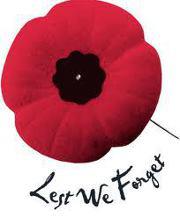 In a recent article in the Independent, Robert Fisk writes that the poppy has become nothing more than a fashion statement in the UK. Merely a way to show that you are British, or to score points with the boss, or to make a political statement. He believes that wearing a poppy on 11-Nov mocks our war dead. He says that he doesn’t wear the poppy because he is not ‘worthy’ of wearing it. This makes me deeply sad. I don’t think that this is true in Canada, and I know that this is not the case for me.

I have not lost anyone in my family to war. I am not pro-military, but I understand why we must defend ourselves with lethal force at times. I believe that everyone who chooses a career in the Forces makes a major sacrifice for me and for every other Canadian who does not serve, and I support our troops in the work that they do. I believe that they are vital in ensuring that Canada can continue to exist and provide peaceful leadership in the world.

I wear a poppy on Remembrance Day because I care deeply about the people involved. I care about everyone killed in these great conflicts, not just our casualties, but those against whom we fought, and the civilians whose lives were destroyed because of these conflicts. War is a waste. The veterans that I’ve met all want one thing: an end to war. So for me, the Poppy and Remembrance Day is about the people. It’s not about WHY we went to war. It’s not about the veracity of the reasons cited by our leaders. It’s about the courage of those that serve. Those that put themselves in harm’s way. It’s about remembering the loss. It’s about remembering the senselessness of war. It’s about choosing peace before arms. It’s about ending war.

That’s why I wear the Poppy, and it’s why Robert Fisk can write the things he writes. Today, I Remember.