The “Industrial Exception” clause in the Ontario Professional Engineer’s Act permits unlicensed people to do work normally reserved for licenced engineers. Ontario is the only Canadian Province or Territory to have this kind of exception.

The Ontario Government committed to maintaining the “industrial exception” in the Professional Engineers Act in their Fall Economic Outlook and Fiscal Review (p.17), released on the 27th of November, 2015. This statement put an end, at least for the moment, to the discussions that started in September of 2010 when Professional Engineers Ontario (PEO) formed the “Repeal of Industrial Exception Task Force (RIETF)” and resulted in the announcement of the repeal in January of 2013. During the 90-day transition period, businesses were expected to conduct an internal audit and voluntarily report any violations to PEO. They would then be given another 12 months to rectify their situation, subjecting them to penalties under the Professional Engineers Act if they failed to comply.

Professional Engineers Ontario claimed to have involved more than 100 industry groups in the consultation process before proposing the repeal, yet 25 groups, including Canada’s largest industrial association, the Canadian Manufacturers & Exporters, seemingly had no knowledge of the proposal until the repeal was quietly announced.

The backlash from industry groups and individual businesses resulted in the government abandoning the repeal, which resulted in a press release from PEO expressing their shock and indignation in June of 2013. Nothing more was publicly announced until November of 2015, a two-year silence.

On the 30th of November 2015, Engineers Canada published a press release regarding the “industrial exception” [1], spinning this decision as one that will negatively influence the safety of Ontario workers and negatively impact licensed engineers in the Province. This is simply spin by Professional Engineers Ontario and Engineers Canada. Both organizations completely ignore the huge potential impact revoking the exception could have on Ontario’s manufacturing sector while making overblown claims about the potential negative effects of making the exception permanent. I want to explore this a bit in this article, as it directly affects machinery safety in the Province.

I support the regulation of the engineering profession since incompetent work can lead to significant loss of life and property damage [5].

If you are a technologist or a technician, you may choose to certify through the Ontario Association of Certified Engineering Technicians and Technologists (OACETT); however, this does not permit you to do any work defined as the “practice of professional engineering.” Certified Engineering Technologists and Technicians gain no legal benefit from certification beyond the use of titles protected under the OACETT Act, 1998 [3].

As a Certified Engineering Technologist, I support the certification process and believe that certified technicians and technologists should gain legal authority over their own work, based on their qualifications.

Who is an “engineer”?

The PEA defines the “practice of professional engineering” as follows:

“practice of professional engineering” means any act of planning, designing, composing, evaluating, advising, reporting, directing or supervising that requires the application of engineering principles and concerns the safeguarding of life, health, property, economic interests, the public welfare or the environment, or the managing of any such act; (“exercice de la profession d’ingénieur”) [2]

This is a tremendously broad definition, especially in that it includes the management of the practice, all the other activities involved, and safeguarding “economic interests,” health, property, the public welfare, and the environment. It’s also worthwhile noting that there is no definition of “engineering principles,” so the lynchpin for the definition is undefined. If strictly applied, this definition would result in virtually every business in the province that designs or manufactures a product being legally required to employ a licensed professional engineer and hold a Certificate of Authorization!

It’s also important to know that the title “engineer” is protected in the Province [2]:

“professional engineer” means a person who holds a licence or a temporary licence; (“ingénieur”)

12. (2) No person shall offer to the public or engage in the business of providing to the public services that are within the practice of professional engineering except under and in accordance with a certificate of authorization. R.S.O. 1990, c.P. 28, s. 12 (2).

Regardless of your qualifications, experience, or job responsibilities, you cannot use the term “engineer” without risking the wrath of PEO. PEO has significant powers under the PEA and can take you to court or impose other penalties described in the PEA.

I believe that a significant part of the problem with the PEA is the breadth of the definition of professional engineering and the lack of clarity created by the undefined “application of engineering principles.” However, I believe that the vagueness in the definition is useful to PEO as it makes it very easy for them to charge people with violations of the act. We could debate the definitions for hours, but instead, I want to focus on the impact that engineering has on manufacturing.

The exemption permits unlicensed persons to do work covered by the definition of professional engineering if they are doing it for their employer on equipment owned and used by their employer for the work that the employer does.

This situation allows employers to save money on wages by allowing lower-paid workers to do work normally reserved for higher-paid licenced professionals. The downside for employers is that you have no guarantee that the person doing the work is adequately qualified. If anything goes wrong, they will be unlikely to carry insurance that could reduce the impact of any loss.

The Industrial Exception does not permit unlicensed persons to conduct Pre-Start Health and Safety Reviews.

Is there a problem?

Consider that the exemption has been part of the PEA since 1984. In that time, the workplace accident rates in Ontario have declined. Sixteen years later, in 2000, the “Pre-Start Health and Safety Review” was created, and a new line of business for engineers was created. Accident rates have continued to decline at about the same rate as they did before 2000. There is little evidence to show that the industrial exception had any significant effect on workplace safety since its inception.

The exception creates NO barriers for licenced engineers.

Eliminating the exemption would force hundreds of small and medium-sized employers to hire licenced professional engineers to conduct work they may have been doing successfully for years. This would increase labour costs for these employers, assuming that they could find an engineer to hire. This would also displace all of the workers already doing the work. Employers might have to halt projects part way completed until they could hire a licenced professional engineer to oversee the project completion. In a letter dated 22-Feb-2013, Ian Howcroft, Vice President of Canadian Manufacturers and Exporters Ontario, said “…businesses that generate $270 billion in GDP and employ over 700,000 Ontarians, are writing to request that the implementation of the “Repeal of the Industrial Exception”, currently scheduled to be in force March 1st, 2013, be discontinued until a full regulatory impact analysis can be conducted.” This request was made because “…businesses have identified a number of issues that could have significant cost implications for businesses and negative consequences for the Ontario Economy.” This letter was undersigned by 24 other trade and business associations. Clearly, eliminating the “industrial exception” could significantly impact Ontario’s economy and workforce.

Unfortunately, Engineers Canada and Professional Engineers Ontario are attempting to use fear, uncertainty, and doubt to persuade the general public that this 32-year-old legislation is creating an imminent risk to life and health. If it were going to happen, the problem would have shown itself years ago. Claiming anything else is ridiculous. 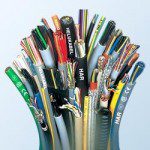 Understanding the Hierarchy of Controls